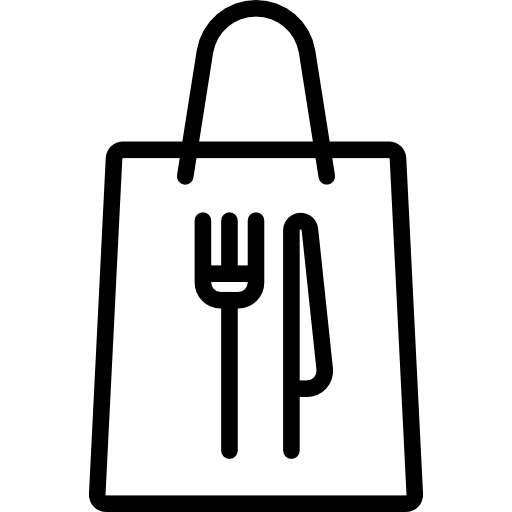 The trick to finding a great dinner in a resort town is avoiding three basic tourist traps: the lobster bib scene, the eateries that cash in on scenic views by serving mediocre food, and the outrageously expensive places that max out the credit card. One of the best ways to steer clear of these traps in Bar Harbor is to follow a funky little turquoise sign on Mount Desert Street to Cafe This Way, which serves fresh and lively fare beloved by locals and visitors alike.

Resembling a white summer cottage on the outside and a hip urban coffee shop on the inside, Cafe This Way is impossible to pigeonhole. It's a comfortable, quirky place that reflects the passions and personalities of the three very different partners who created it nine years ago: Susanne Hathaway, Chef Julie Harris, and Julie Berberian.

"We're not charts-and-graphs type people," says Hathaway, who runs the dining room and manages the books. "Most of our process has been running on instinct. All of us absolutely agreed in the beginning that we didn't want the kind of place where we'd have to clean lobster guts off the wall."

Harris gives the fits-on-a-business card translation: "Eclectic food in a casual setting." That setting is blissfully free of fishing nets and fuss. In the evening, white votive candles set atop bookshelves flicker against burgundy walls hung with paintings of flowers and fruit by Neiley Harris, Julie Harris' sister-in-law. Other touches—Barcelona-style chairs pulled around a tabletop of beach pebbles under glass, as swirling yellow ceiling sculpture that doubles as a sound baffle, and hose clamps for napkin rings—create an atmosphere of relaxed sophistication sparked with subtle humor.

The same is true of the menu, which Harris describes as "creative and all over the place." She favors Greek and Asian cuisine. "Asian is my favorite because I love gingery-garlicky sorts of things," Harris says. "I buy lots of cookbooks, although I don't copy recipes. I just like to play with food."

The happy results include starters like Maine seafood spring rolls, which are packed with sweet chunks of lobster, crab, and shrimp done up with ginger and garlic, rice noodles, and a spicy plum-orange glaze. Harris' passion for playing with food also is evident in an appetizer of sesame tofu "scallops" artfully arranged on an iridescent green rectangular plate. This opener delights the eye and surprises the palate with four grilled medallions of tofu served with cucumber and seaweed salad, and three kinds of vegetarian "caviar" that pops in your mouth like the real thing.

Harris has a gift for combining a handful of ingrediants in unexpected ways to create fresh and delightful entrees. She sautes lobster meat with cream, Absolut citron, spinich, roasted red peppers, crushed red peppers, and rosemary and serves it over linguine in a dish that is surprisingly light. Other seafood dishes include pecan-crusted halibut served over garlicky spinach with Cajun tartar sauce and grilled tuna with sauteed apples, honey, and tiny smoked Maine shrimp.

The turf side of the menu offers plenty of options for both carnivores and vegetarians. The Greek influence shows up in grilled lamb sirloin served over roasted plum tomatoes, garlic, and kalamata olives and topped with lima bean skordalia, a puree of limas, lemon juice, garlic, and parsley. Asian inspirred entrees include bibimbap, a Korean dish of stir fried veggies, a fried egg, and spicy pepper sauce served over rice in a hot stone bowl. Entree prices range from $14 for the bibimbap to $23 for the lemon vodka lobster.

Breakfast brings in droves of locals and hungry hikers fo crreative and reasonable priced omelets ($6.25) like the "green eggs and Sam", which combines spinach, Kalamata olives, artichoke hearts, and feta, and "the Smokey", which is filled with smoked trout, red onion, fresh basil, tomatoes, and parmesan. The cafe also serves intriguing variations on eggs Benedict and breakfast basics like pancakes and oatmeal with blueberries and bananas.

Berberian cooks breakfast alongside Harris, oversees the excellent wine list, and is the "all-arounder" who helps out in the kitchen and dining room. She also may be the fasted breakfast cook in town, a crucial skikk in a small space tha t one morning cranked out 425 breakfasts in three hundred minutes. Berberian can whip up breakfast—she has been timed—in thirty seconds flat. Her secrets: "Hot pans, a lot of communication, and staying calm."

Laughter punctuates the conversation as the partners talk about the business they've grown from what Hathaway says began as "a lark." Newly graduated from nearby College of the Atlantic, she needed a job. So did berberian (a fellow COA alum who had graduated a few years earlier) and Harris, who had just found out the restaurant where they both worked was closinig. One day at lunch, the trio decided to take a second look at a business for sale that the two Julies had previously decided they couldn't afford. A month later, the three of them owned it.

Their creativity and instincts—reflected in everything from the menu to design changes over hte years, including a cozy bar and a sleek, windowed garage door that opens wide in summer to provide natural air conditioning and connect the dining room with the deck—have served them well. When asked about their ultimate vision for the cafe, Berberian gestures around the dining room with a sweep of her hand. "Exactly what we have," she says.